I absent-mindedly leave my headphones at work about once a month. My immediate reaction is always “asdfghjkl no no please god no this will be the bus ride from hell” but it usually turns out to be a surprisingly thoughtful 30 minutes instead. Or a nice long nap. Today was a no-headphones day and, as further insult to injury, I ended up on the dreaded Teenage Express on my way home from work. The youths of my little suburb all attend school in Gothenburg and, to a man, they all spend their bus ride snapchatting. I didn’t get a seat. Something struck me as I surreptitiously spied on their smartphone usage, swaying gently in the aisle.

Thomas Hylland Eriksen presented a paper in 1992 called In limbo: Notes on the culture of airports. It’s an interesting thing.

However, we would like to argue that airports do not merely connect discrete societies, but perhaps more significantly, they represent a peculiar form of culture themselves.

It’s a document of its time, talking about telephone booths and “the relatively recent spread of plastic cards” but it establishes airports as places existing very much onto themselves, with their own strange non-culture, iconography, and perception of time: an airport in Frankfurt is nothing like the suburbs surrounding it, but it’ll be very similar to an airport in Jakarta or Houston. A lot of it is driven by necessity (and regulations) but it’ll also be driven by the general airportness of the place. Officials from Jakarta probably visited a bunch of airports and copied from them when building their own airport. There’s a general feeling of how things are done, that somehow gets blueprinted and travels to isolated points all over the world.

The thing that immediately stood out to me on the bus was the friend lists. As you know, I recently spent some time on reddit and inhaled enough Internet Points to know that American Snapchat lists look like this: 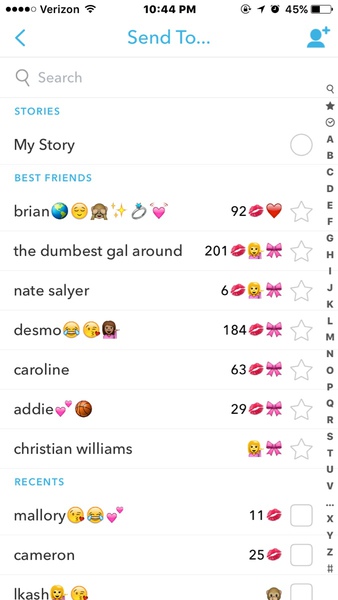 The Swedish ones? They’re the exact same emoji-strewn madness. Not only that: our apps are the same, our phones are the same, we stream the same TV shows from the same providers, and apparently we also do Fortnite dances now just like our friends across the pond. We have ubiquitous computing power, everyone is carrying a fantastic HD camera in their pocket at all times, there are innumerable ways of being creative and sharing work — but awash in this awesome torrent of stuff, we all drink from the same stagnant pool of memes. Our teens’ phones are the digital airports of today, certainly existing in and of themselves but in their essence unmistakably transplanted from the US.

So grandpa hates the memes

Well, not really. There’s a bigger discussion there, but I’ll say “meme culture” as we know it today is… not great, if I’m being delicate. But there’s an upside to all this global and samey culture: since it has to hit the tubes in order to reach our teenagers, it’s searchable and archivable. So whenever I’m baffled by some non-sequitur in Impact font, I can just google it and be part of the conversation. Not that I’d always, you know, want to. But at least it’s out there and I can read up on it, unlike the generations before me who could only stand bewildered while the kids went about their bebop and punk rock.

Was culture always this… art directed, though?

I don’t know. I think what bugs me the most about smartphone Airport Culture is that we’ve never been more free to find or create our own art and culture. Newspapers and TV are inert now, so there’s no real authority left to tell you to slather emoji all over your friend list or practice your water bottle throws. There’s so much room for local virality, but we seem helpless against power laws and San Francisco designers, so it’s all being decided for us anyway. It’s probably always been like this. We’ve certainly had top lists for a good long while, and maybe this all just feels cynical to me because I’m a gotdamn hipster. There’s also the possibility of Multiple Discovery: maybe the emoji friend list was just destined to appear simultaneously everywhere because teens like bright colors and innuendo 🍆🍑

With that thought, I eventually pushed through the crowd and got off the bus. You typically don’t get these stupid micro-epiphanies while immersed in your headphones and I’m thankful for the diversion, but I can only take so much rumination in a week. My trusty headphones are coming home with me today.